To The Movies Review – Harlow Star

The creative minds behind the public performances of Makin' Steps seldom fail to impress and To The Movies was no exception. Just for starters, the opening bars of the theme to Jaws accompanied by a menacing shark's fin took us through a compilation of over twenty movies played out in silhouette on the company's big screen before Abbie Middleton Evans and Charlotte and Janine Rudin took us into the Little Shop of Horrors. There we had our first encounter with Reece Harper, playing the nerdy Seymour. This impressive young 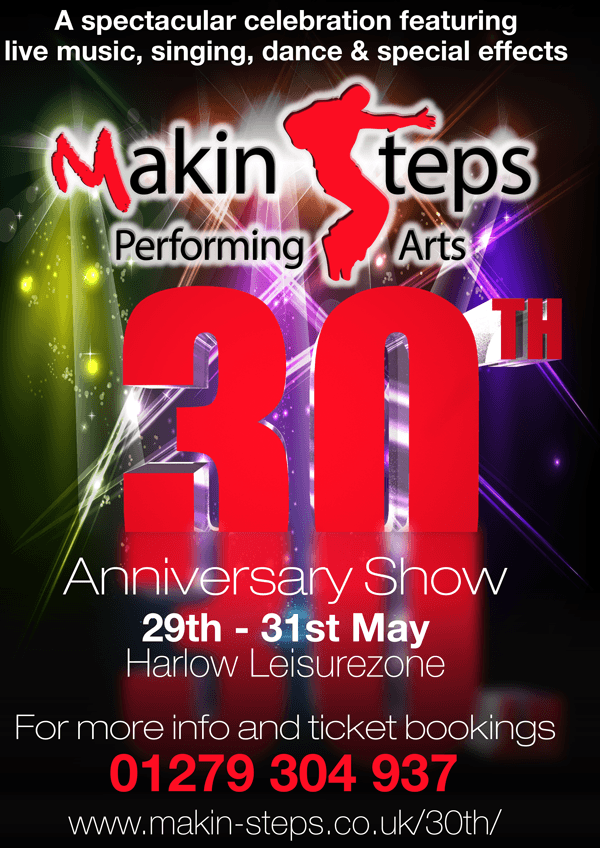 Makin' Steps 30th Anniversary Show Review FORGET Britain’s Got Talent, Makin’ Steps have proved that Harlow’s got talent. Ambitious, breath-taking and in parts jaw-dropping, the performing arts school’s amazing anniversary show was an adrenalin-fuelled ride through 30 years of teaching in Harlow. A breathless journey from street dance to classical ballet and from tap and modern to musical theatre, with beautifully choreographed numbers, the show had the audience on their feet and dancing along. Any concerns the group might have overstretched themselves were swiftly put to bed with a seamless

Diamond Jubilee Show Review SLICK, ambitious and breathtakingly bold, Makin’ Steps’ dazzling diamond jubilee showcase was an adrenaline-pumping thrill-ride through 60 years of pop culture. A breathless musical journey from the rock ’n’ roll revolution of the Coronation era to the athletic street-dance workouts of the noughties, 5212 was impressive in scale and immersive in its period detail. Any concerns the group might have overstretched themselves were swiftly put to bed with a seamless introductory sequence. And despite a few niggling technical problems, the hugely talented cast hardly put a 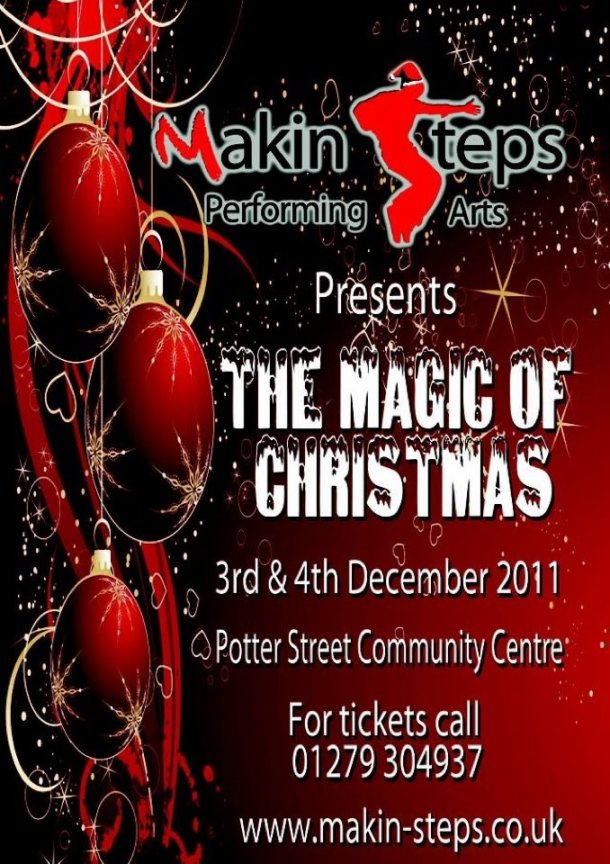 The Magic Of Christmas Review

In four separate shows over 120 youngsters set out to capture the excitement and spirit of this special time of year – and they certainly did with a highly professional performance! I joined the sell-out audience for the Sunday afternoon performance at Potter Street Community Centre which had been beautifully transformed into a Christmas-themed stage complete with colour-changing presents. A wonderful afternoon’s entertainment, there was something for everyone to enjoy in the wide variety of song and dance, which was at such a high standard it was hard to 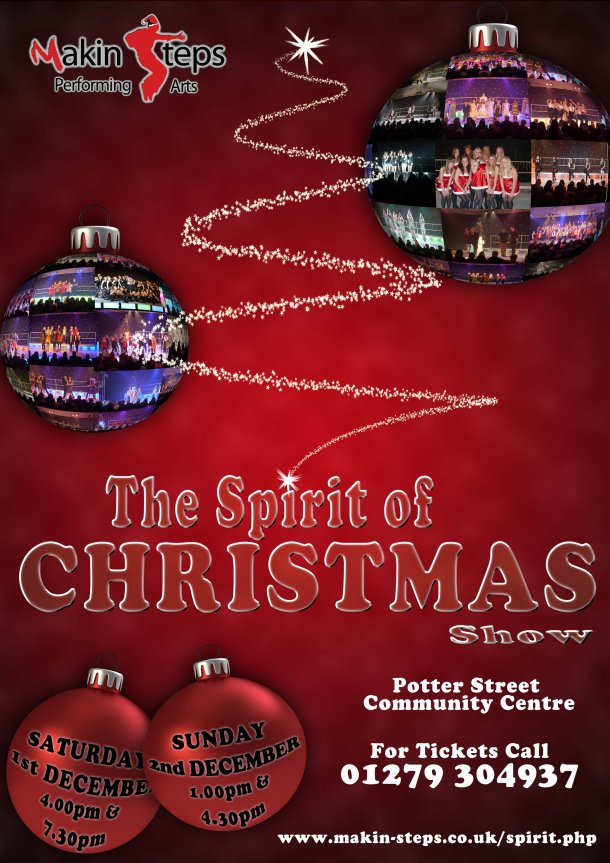 The festive season got off to a wonderful start with a magical show from Harlow based performing arts school Makin’ Steps It was a typical Makin’ Steps production – a slick and professional show with singing from all age ranges of performers and beautifully choreographed dance numbers in disciplines which included, ballet, tap, modern and Street Dance. As soon as the lights came up for the opening number – Take That’s Rule The World, audience members knew we were in for something special, and they weren't disappointed. From the