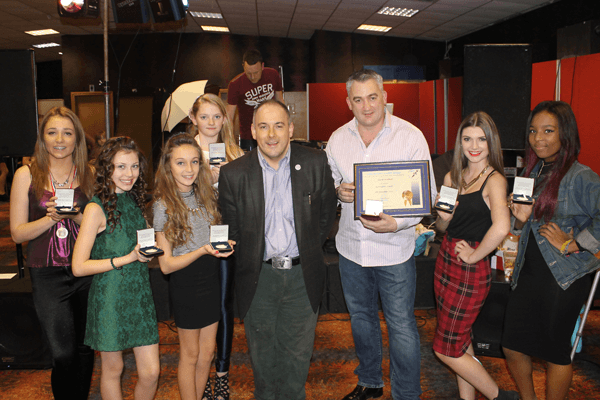 Robert Also presented the medals and certificate to all the students who took their ISTD Street Dance exams at the school on the 2nd & 3rd November.

Pupils aged from 3 years up to adults had prepared for their exams over the previous few months and had to perform a selection on dances for two examiners.

We are very pleased to say that all the pupils who took the exams passed and continued our 100% pass rate that school has maintained over the past 29 years. This is also coupled with an impressive 86% of pupils gaining honours – the highest mark available.

After the awards were presented the pupils and their families danced the night away with a DJ and a bar to keep everyone hydrated!

It was a great way to end the school term ready for their Christmas break. Makin’ Steps classes resume in the new year on the 2nd January 2014.